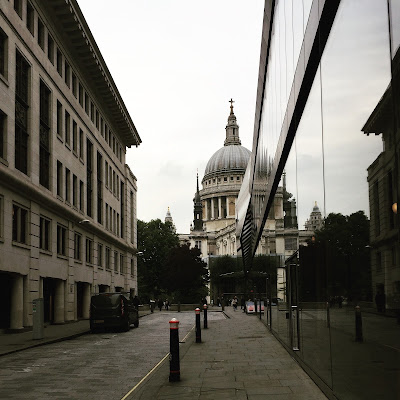 My boyfriend’s parents just got back from a two week trip around the United Kingdom - London, Wales, Ireland, Scotland, York, etc.  They scheduled it with a tour group during the fall because fall isn’t golf season (retired life sounds so nice).

Since I’m in the UK basically every other month, his parents and I tried to coordinate schedules so I could meet them up for dinner in London.  Unfortunately, I missed them by five days, however, before they left on their trip B’s mom called to ask me for my packing recommendations.  For the UK during any time of year, a jacket and comfortable shoes are always a must.  Am I the only one for whom staying warm and staying dry is a priority during travel?  The last time I took heels to Europe was in 2009 during which time they never left the travelpack, poking me in the back as a reminder of my poor packing choices.  I digress.  Oddly enough, B’s mom mentioned that the guide recommended they pack a washcloth as well.  She asked if the hotels I stayed in supplied them, and I couldn’t think of a single one that didn’t.  I told them that they would probably be fine without them.  That they could pack these facial wipes, much more travel friendly in my opinion.  Which apparently was the wrong answer.

In the middle of their trip through the UK and early one morning US time, B’s dad texted the entire group, including his immediate and extended family: “Ruth, there were no washcloths in Wales! And we didn’t pack any with us!“

As they bussed around the rest of the country, instead of pictures of the sights and delights of the UK, I received frequent updates as to the local washcloth condition (yea or nay).  Luckily for them, most of the major city hotels had them but unluckily for me, there were <gasp> two times where they had to go without.

So my dear readers, I must ask you: who still uses a washcloth?

I can recall using a washcloth in the bathtub when my sister and I were both under the age of 7.  But I can’t remember the last time I’ve actually used one.  To me, they function as the smaller version of hand towels.  The boyfriend uses them (with a bar of soap) to wash his face and then hangs up the damp cloth again for use the next day.  Shudder.  Am I alone in thinking the use of one is antiquated?  Or am I a dirty barbarian because I’m the only person who doesn’t use one?