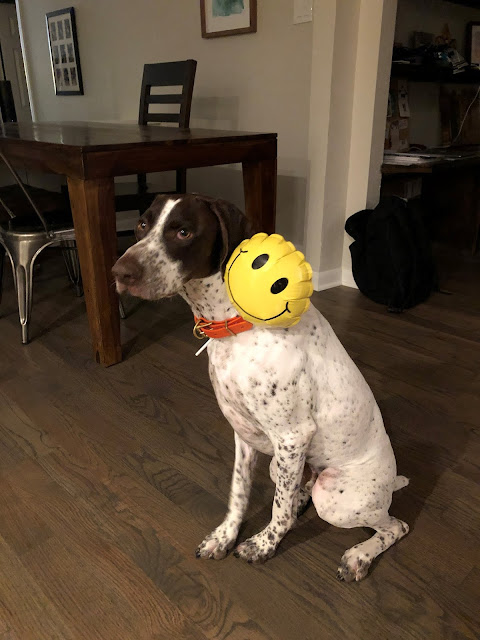 Over the last three years, we have very quickly turned into a family of dogs.  There’s my sister’s dog Pudge in Oregon, Bryan’s parents’ dog Coda back at his home, Bryan’s brother’s dog Ruger in Grand Rapids, and then our dog Bowie the Texan.  That means a lot of pet Christmas shopping, which let’s be honest, is the best kind of Christmas shopping.  I’ve put together a short list of what I think some of the best doggy Christmas gifts are this season for both canine and owner.

Unsupervised, Bowie can tear up a baseball in less than an hour and destroy a tennis ball in less than 15 minutes.  On a whim, Bryan bought him this ChuckIt ball from Hollywood Feed and despite his best efforts, Bowie hasn’t been able to destroy the large version yet (the medium version that we found at the park is now mangled).  This means more time to chase it around the backyard and play his favourite game of snatching it out of midair.  I recently found one with a squeaker that I ordered for him for Christmas.

Zukes are hands down my favourite treats for the dog.  I bought a bag when we first got him as a puppy, and they’re consistently the most frequently purchased treats at our house.  They come in small enough pieces where you can give your pups a small reward, and they don’t crumble so you can put a few in your pocket for walks or park trips.  They are made in the USA and the dogs love them.  We’ve bought them in practically every flavor and I haven’t found a flavour that Bowie doesn’t like. 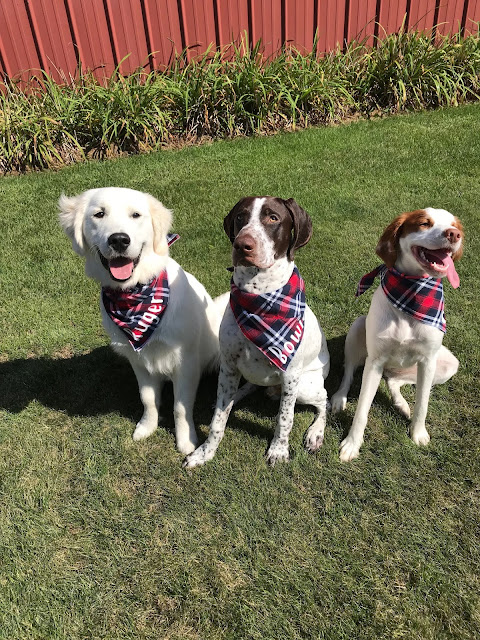 These were the bandanas that I ordered for the “dog family” photo we took in Michigan last summer, and quite a few of the patterns can be customized with your dog’s name.  They wash well and hold up to Bowie tearing around the rose bushes in our backyard.  Bryan’s mom’s dog Coda is a therapy dog back in Michigan and she said that her clients love the bandana because it has her name printed in big letters.  You could pick up a few of these festive ones for December!

Now that it’s dark by 5:30 pm, we use this USB-charged light collar on Bowie every single evening during his walk.  You can be sure that cars and other pedestrians will be able to spot your dog.  Also it serves as a sort of flashlight to light up the sidewalk.  Bowie gets a lot of comments on his walks while wearing this, which means he’s being noticed - and that’s what it’s all about when staying safe in the dark.

Bowie got one of these from his Michigan grandparents when we initially got him and then another from his cousin Ruger last Christmas.  He has loved each and every thing in these boxes, and we still have some toys left from his initial BarkBox.  Their toys are tough and stand up to some pretty rough play time and the treats are gobbled up in a hurry.  Plus they ship free for any purchase over $35!  If you like their toys (without the treats), you can purchase them individually or find them at Target.

Are you a pet Christmas present purchaser?  If so, please share your gift go-tos!