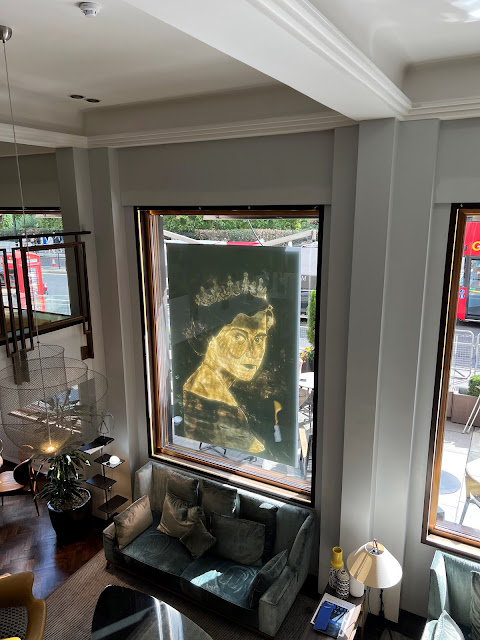 Happy fall y’all!  It seems as though over the last few weeks, I’ve been traveling and experiencing fall weather everywhere else except for in Texas.  I was in the UK right before the Queen’s funeral and experienced some beautiful end-of-summer weather.  Cool mornings where you need a light jacket and sunny bright afternoons where said jacket is packed away - unfortunately I didn’t get to spend long there.  Since the beginning of September, Texas weather has decided that it’s best to go back to summer so here we are, still sweating.  I don’t know about you all but I’m looking forward to the deep breath that is fall.  Summer felt interminable and hard this year.  Between getting sick, the heat, the drought, the Groundhog Day-ness of it all, it feels like fall will never get here.

Toward the end of August, it felt like things started to fall apart, literally crumbling under the weight of the oppressive weather.  While we were up in Michigan during our annual summer visit, Dallas received a 1000 year flood, a pent up burst of rain that had been denied us since springtime.  When we got back home, we found a leak in the dryer vent over the laundry room, as water had leaked into the house and pooled on top of the dryer and onto the tile floor.  We’ve since had an exteriors company come out, cut out the wet / damaged roof area, and replace the dryer vent.

Subsequent to that massive rain storm, we had another storm with wind that knocked out power to the neighborhood for 24 hours.  It’s getting to be routine now, a power outage every season.  We pulled out the trusty Coleman lantern and our flashlights and got through the hot night.  Right around the time where we were contemplating getting ice for the food in the freezer, the power came back and Bryan insisted yet again that we buy a generator for the house.  Knowing our luck lately, I’m more than certain that we would end up with a generator that would end up being broken during the four times a year that we need it.

Also, when I got back, I found out that the screw backing that secures the left panel to my saddle tree had popped out.  Last week, I shipped my saddle off to the official CWD saddle repair shop in Wellington.  It felt a little bit like shipping off a baby - I love my saddle and now that I’m borrowing another one, I miss it even more.  Of course, much like when you take your car in to get fixed and when they find a slew of other problems, CWD contacted me and let me know that, actually, the entire tree is broken.  Ordering/shipping/installing a new tree is pretty much the same cost as purchasing another used saddle, so I went ahead with that option.  I was hoping to hold out on getting another saddle until Dalton finished growing but that plan went out the window!