A word on Ryon 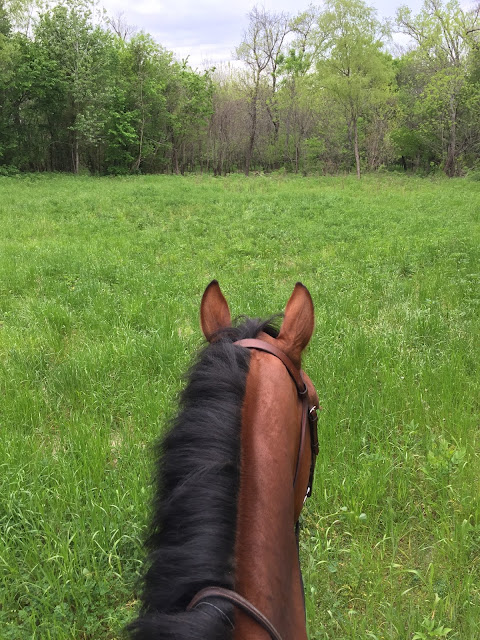 It HAS been ages since I’ve given you an update about my guy, hasn’t it?

I believe the last place I left off in The NeverEnding Saga That Is Ryon was during his joint procedure rehab in November 2015 (he’s faring quite well with that).  Other than that minor operation, Ryon had a relatively quiet and relaxing winter.  The weather in Texas didn’t get cold enough for the friskies to come out to play, and he got along really well with his horse friends.  During December and January, he started losing weight at a maddening pace, so we put him back on fat calorie supplements which he’s already burned through (zing).  Side note: Pretty sure all of that extra weight latched on to me instead because that’s how that happens.

Fast forward to this spring and it’s as though he was punched in the face with Spring Fever.  In February and March, Ryon morphed into the biggest bully, almost a flashback to when I first got him.  He kicked the newest horse in the chest and then tried to coerce the other horses in his paddock to gang up on Poor Tony as well, which earned him a week in solitary confinement.  When we finally turned him out again with other horses, we paired him up with Eddie, the alpha of our herd, who Ryon promptly decided to attack.  He immediately got his ass soundly walloped and has behaved like an almost-perfect angel ever since.

When I say almost-perfect, rest-assured that he wouldn’t be Ryon without some sort of attitude injected into my everyday life.  Ryon continues to throw a fit when I make him wait his turn to ride through our jumper courses, which in turn has ensured that he is dead last in every single activity we participate in.  His cheekiness also extends to making a break for it from the arena and toward the green green grass outside, whilst he had a beginner rider on him.  If I have ever for an instant felt confident in my abilities as a horsewoman, Ryon promptly puts me in my place.

Never were there any truer words: There are only two emotions that belong in the saddle; One is a sense of humor, and the other is patience.