Success!  I have planned out my part (read the traditional American food part) of the Thanksgiving 2019 menu.  I’m sure, as usual every single year, that it’s overly ambitious and I’ll have to decide not to bake the rolls or something else the day before.  Sadly, my sister and her husband won’t be coming home this Thanksgiving so I will have to muster the patience and energy to bake pies.  Which means this weekend, I’ll be practicing baking pies.

We had a miserably cold week this week, particularly for Texas.  Temps dropped to the 20s and all of our plants outside have died but then again, so have the mosquitoes.  The cup is half full, guys.

Cold weather means crock pot recipes and stews.  I found this lentil and sausage one from Food52 - so good if lentils are your thing, and even if they aren't.  I even baked some fresh bread to go along with it.  We eat rather well in our household and just cross our fingers that we’ll still be able to fit into our clothes when spring time rolls around again.

It got to be so cold that when we took Bowie for his nightly run, he had to wear his new jacket.  What do y’all think, so handsome?  One of the logistical pieces that I failed to figure out was how he planned to pee with his jacket on.  So we had him go outside, pee, and then put his jacket on before starting on our walk.  Both his jacket and Mae’s are too big for them.  Maybe they’ll grow into them SAID EVERY PARENT EVER.  Bowie's photo also made it into the Texas GSP Rescue 2020 calendar so of course I had to place an order. 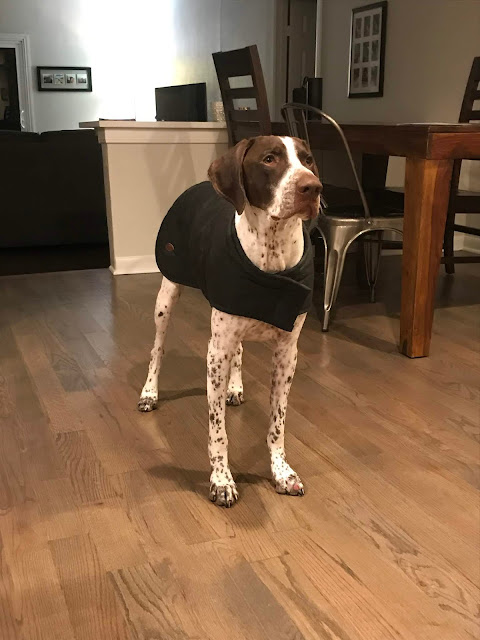 It’s also been a heavy week at work, which has translated into a heavy for thinking.  A lot of us are starting to wonder: Why am I here.  Is this the right place to be.  Is it the right time to be doing this.  What else could I be doing.  The closer I get to the end of the year, the more I start reflecting inward (yes, it is possible to overthink things even more than I usually do).  It's probably the proximity to making New Year’s Resolutions as well as my birthday creeping closer.  If the second half of the year has taught me anything, it is that I am not alone in asking these questions.  We ask it all throughout our lives.  Honestly, does it really even matter the way we define ourselves?  Why draw an outline that we have to colour inside?  Maybe take a chance, throw out the rigidity every now, and see what the result is and how much I like it. 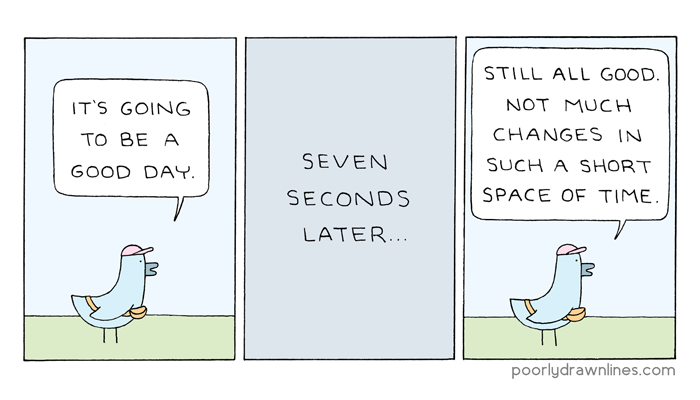 So maybe not the funnest of weeks, this one.  But that's life and I'm not in the winter doldrums quite yet!  I hope that all of you are weathering the fall and planning on which stretchy pants you'll wear for the Thanksgiving feast.