All of the beautiful people 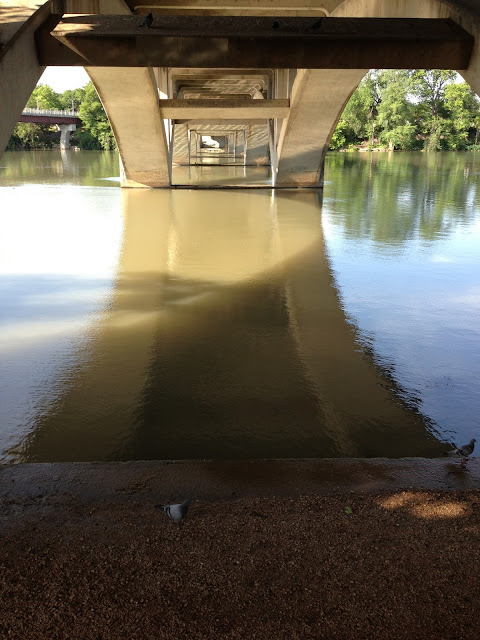 A herd thunders past, feet striking the path.  If it hadn’t rained a few hours prior, a choking dust cloud would have been thrown up in the air.  Instead, runners dodge miniature canals and lakes while dogs run right through them, speckling anyone close enough with mud.  Bodies glisten with sweat, even though the sun barely reaches through the branches and it’s a cool 70 degrees out.  The number of shirtless men and women gliding along the trail (the women have sports bras on, for modesty, I’m sure) outnumber any that I have ever seen anywhere.  I won’t complain but I also won’t be taking my shirt off to join them anytime soon.

On the trail, I pause every mile or so to snap pictures of the lake.  It’s too early to be crowded with the kayakers and paddle boarders that brave the cloudy green water and snapping turtles to sunbathe on the water.  The underside of the bridges are still empty, typically crowded with informal lake parties, except for a pigeon or two.

A river of tanned bodies continues to roll by.  On the topside, the crowd begins to thin and the sky starts to turn a darker hue of blue.  A beautiful day for the beautiful people in Austin. 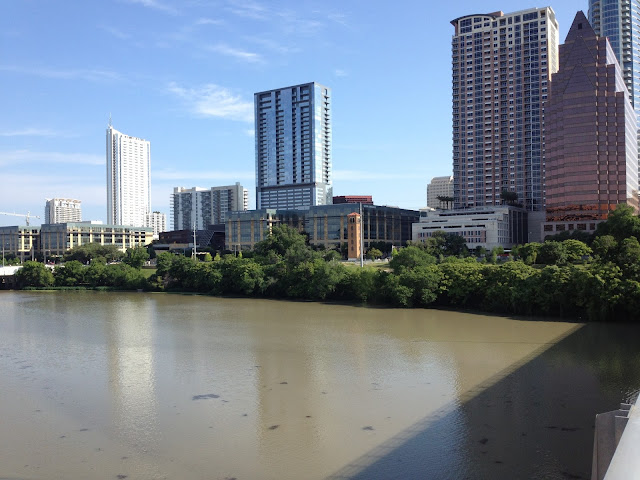