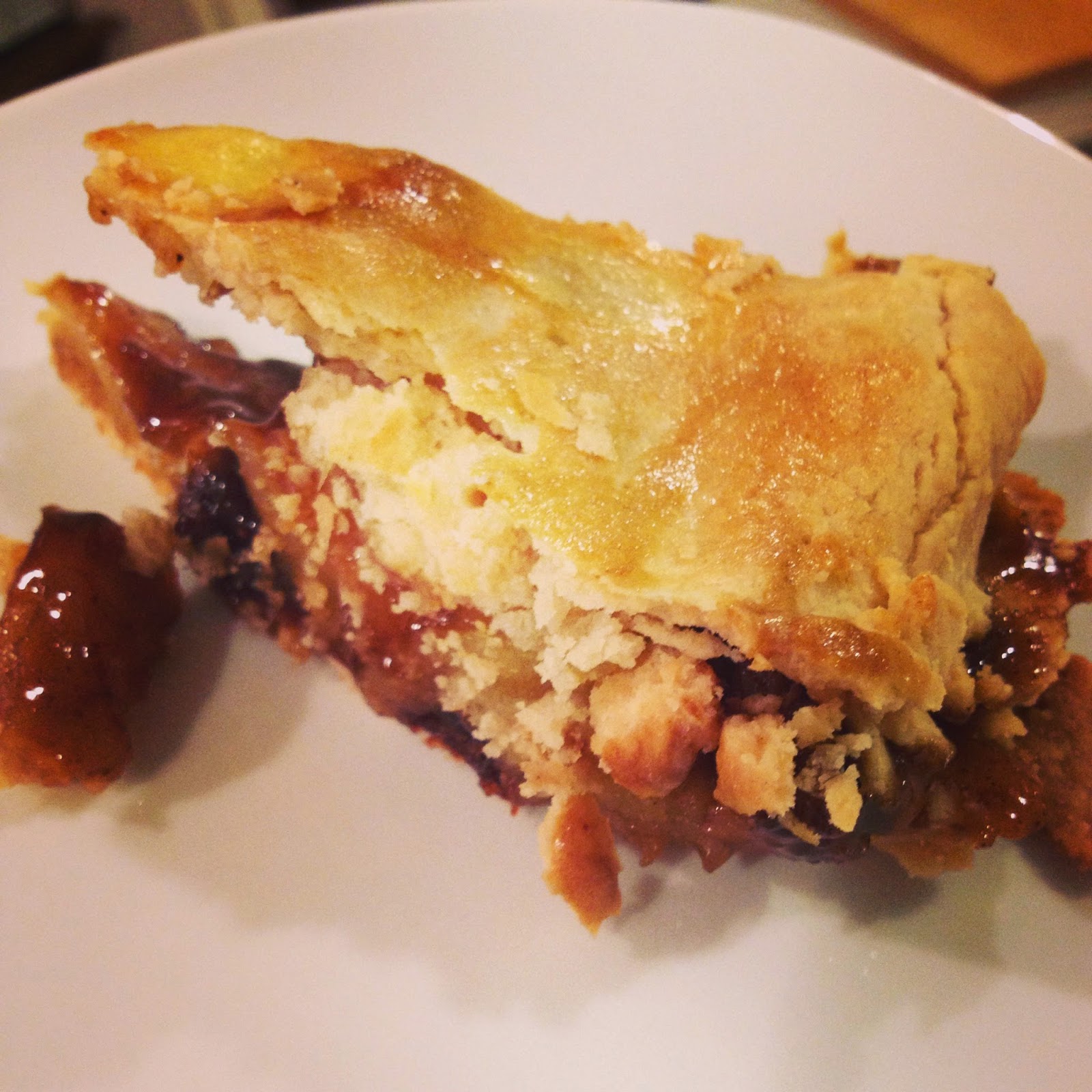 The aroma of apple pie wafts through the warrior princess's cave.  She lowers her spear and her head, defeated.

The battlefield is strewn with desiccated, crumbling crust pieces.  My forehead is dotted with sweat.  The rolling pin crashes onto the table top.  A fine cloud of flour billows up from the wreckage - it's gotten everywhere, unbelievably.  There's a grimace, teeth gritted together, and curses held back.

The filling waits quietly by the wayside, permeating the air with the scent of molasses.  It's fermenting, the smell of sugar, apples, cinnamon and nutmeg becoming more heady.

The tale of my ongoing war with pie has been documented in multiple places, notably here.  I've been largely unsuccessful, spectacularly so.  My pies are undoubtedly the ugliest creatures in all of baking creation.  They may taste wonderful but who wants to eat something that looks like a pastry crater?  Okay maybe the entire pie gets eaten anyway, but not without some skeptical poking around first.

The warrior princess licks her wounds and sets about sharpening her spear once again.  Despite the defeat, she continues in readiness, to live to fight another day.  To fight the good fight.