What we've been smoking 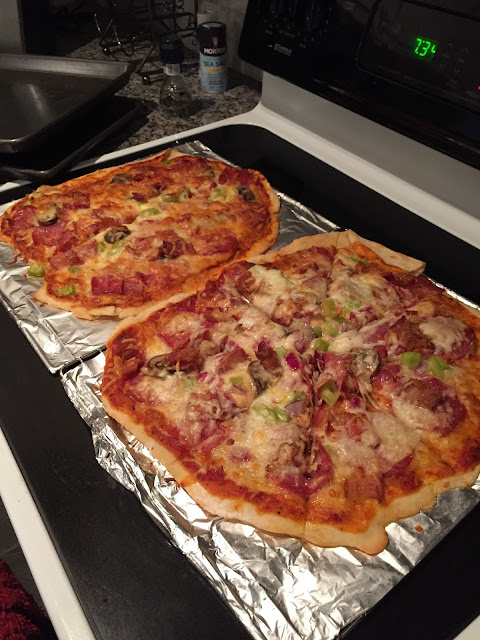 This post is slightly delayed by a few weeks.  A large majority of this summer has been comprised of making Really Good Food (“RGF”), and I ashamedly haven’t blogged about any of it.  I’ll attempt to divide up my blog posts about RGF into categories (cooking method, season).  Don’t forget to also tell me about your RGF.  I really want to know.

So begins the Thanksgiving-testing phase of the year.  Typically around August / September, I’ll begin my months-long quest to perfect pie baking.  Not so this year.  Since B has an electric smoker, we’ve been experimenting with different things that we can make in it, beyond the regular things that you'd grill.  A few weekends ago, we smoked a 24 lb turkey using this recipe.  This is an improvement on the spatchcocked turkey as this one also gets butterflied but then smokes for 4.5 hours.  Not only does it have a delightful, bacon-y flavour afterward but you completely free up your oven for all the other Thanksgiving delights (pies guys, pies).  B was convinced that the turkey leftovers would last us for weeks.  Realistically, they lasted 9 days.  With the leftovers, I made turkey tortilla soup, turkey enchiladas, turkey fried rice, and a few other random turkey concoctions.  Every time I make turkey, including Thanksgiving, I ask myself why I don’t do it more often.  Maybe we will.

We may have a slight love affair with B’s smoker.  Shortly after trying the turkey, we smoked a pizza (with homemade dough, I might add).  There are plenty of electric smoker pizza recipes out there; an electric smoker basically acts like an oven.  The thing to remember is going light on the smoke (we didn’t put any wood chips in the smoker) and checking on it regularly.  To truly crisp up the pizza crust, we ended up popping it in the oven at the very end.  And I'd definitely add MORE CHEESE because when is that ever a bad idea.  Was it delicious and would we do it again?  Absolutely on both counts.

We were invited over for a friend’s birthday dinner and since his wife had sneakily bought him an electric smoker for his birthday, we decided to bring a smoked side to slyly hint at what his gift would be.  Although I think the potatoes could have used a smidge longer in the smoker, the flavour was, once again, awesome and the bacon was the ingredient that put everything over the border firmly into Flavour Town.  Meat notwithstanding, vegetables are so easy to do in the electric smoker.  There are plenty of things you can smoke, for my vegetarian friends out there.