My horse is an idiot and other tales 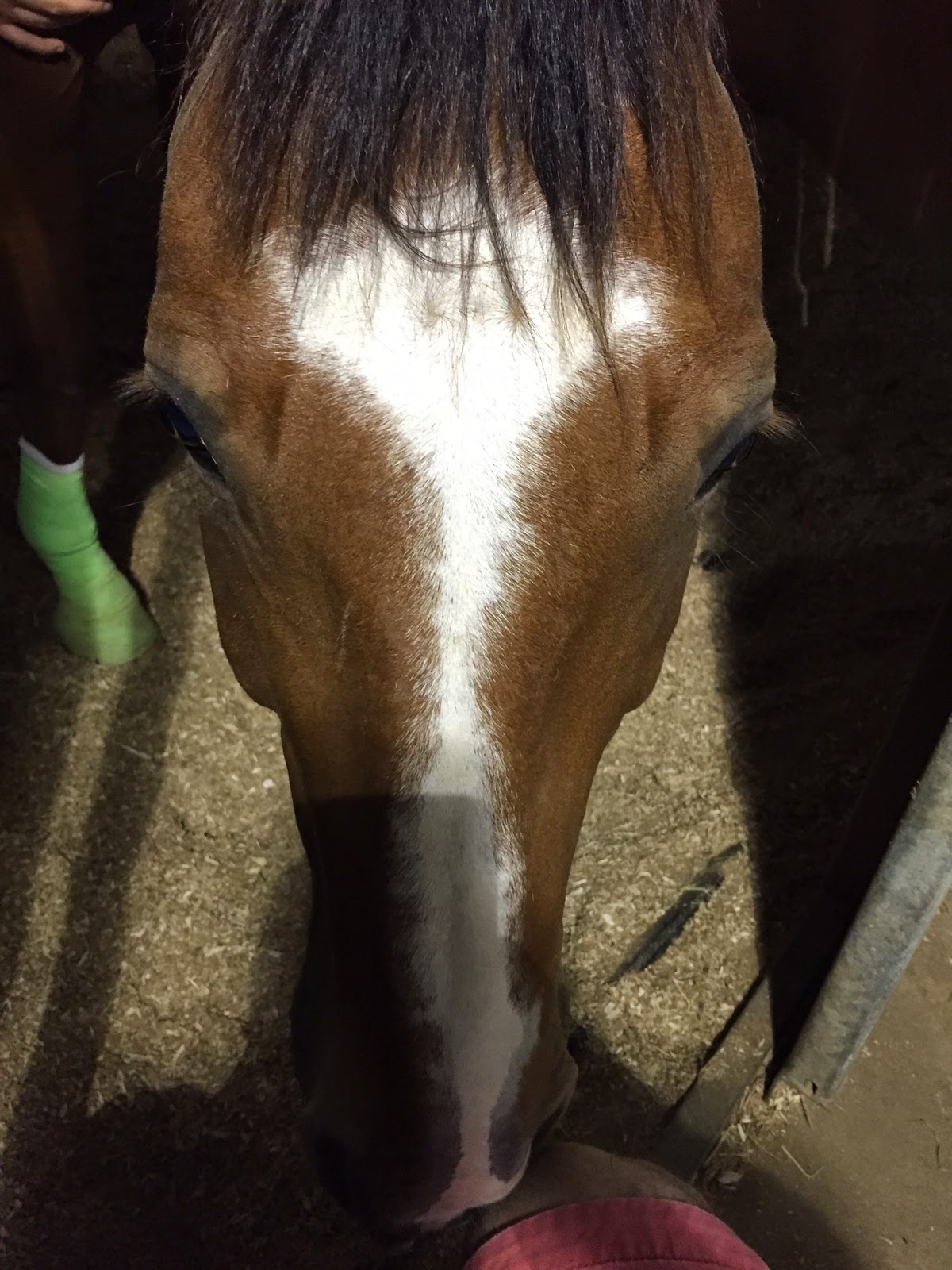 After being wracked with guilt for a week and thinking that I broke my horse, the vet examined and x-rayed him with the following result: everyone stop feeling bad for him immediately.  He deserves none of your pity.  The bone formations that we’ve been feeling in his feet have actually been caused by him kicking the walls of his stall when he’s inside, so hard that he had fractured a bone in his leg at one point.

After the typical jaw drop I get as a reaction, the most common question I’m asked is: why is Ryon kicking the walls?  The short answer is because he’s a jerk and hates his horse neighbors on all three sides.  He actually dislikes most horses, grey ones particularly; I honestly think he sees them as competition for his food.  I also think the reason why he was 200 pounds overweight when I first got him was because he bullied the other horses he was pastured with and ate all of their food.

Although there is no cure for the current formations in his feet, luckily there are preventative measures we can take.  The current proposed solution to curbing his kicking habit is by hobbling him when he’s inside to prevent him from kicking more (or until he learns that kicking causes negative consequences for him).  So even though it seems cruel and unusual to restrain his feet when he’s in his stall, the alternative is for him to continue breaking off pieces of his bone and developing arthritis at the ripe old age of nine.