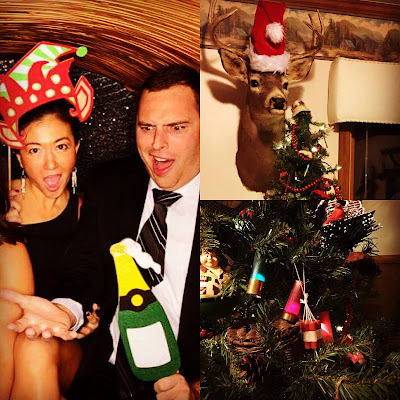 Don’t let anyone tell you that there’s no Santa.  He does exist.  This holiday season, I got a white Christmas AND a pony.  My five year old self would be peeing her pants.  December in Michigan was cold(er than Texas), but that was to be expected.  While Texas had a 75 degree Christmas day, it was in the 30s in Michigan and B’s parents had anticipated my frozenness.  With a space heater pumping out hot air constantly and a heated mattress pad, we were almost sweating at night.  That and my over exploited Santa onesie made the season and my body warm and wonderful.  As for a quick summary of the past few weeks, I filled my days with the following:

Ate all the cheese and drank all the beer in Michigan.  It was snowy outside and all I wanted to do was eat and eat and eat some more.

Explored Greenfield Village during Christmas time.  Greenfield Village is the outdoor history section of the Henry Ford Museum and shows how Americans lived and worked since the founding of the country.  Old Model T’s take passengers for a spin around the village square, and there are horse-drawn carriage rides plodding along as well.  It was a night event and the village is lit for Christmas time.  We wandered around in 30 degree weather, learning how people used to blow glass, print cards, knit socks, and make pottery.  B and his brother had been before as kids and had it not been so cold, I would have loved to stick around and explore a little bit longer.

Learned how to play euchre.  If you’ve never heard of this card game, then you probably don’t know anyone from the Midwest.  There are rules - way too many rules - and it took three Michiganders to explain it to me.  I’ve now downloaded a euchre app on my iPad to practice for my next Midwest adventure. 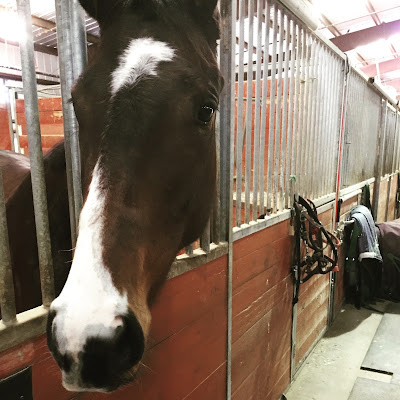 Maeby (new pony eeps!) arrived on Christmas Eve.  I’m very thankful to my barn mates for giving her a warm welcome and making her feel comfortable in her new home.  The smart girl settled right in and was more than happy to get rid of her winter blanket.

Sloshed through snow on Christmas and was surprisingly impressed at B’s tracking skills, which go completely underutilized in the city.  We had mashed potato snow almost the whole time we were in Michigan so unfortunately too warm (!) for skiing. 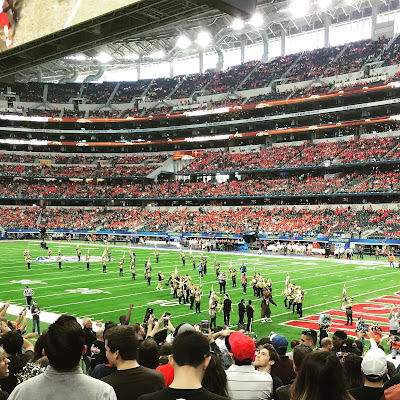 Cheered on Western Michigan against Wisconsin in the Cotton Bowl.  A quiet and calm New Year’s Eve was then succeeded by the way too wild and hilarious first few days of 2017 when B’s college friends came in town for the game.  The bowl game was very fun and exciting to attend, even if WMU did end up with their only loss of the season.

Did not getting to spend enough time with family and friends.  Old friends came home and Siri and Misha were also in Dallas for a while.  Winter break is never long enough but this one felt especially short because of traveling.  Not too much rest and relaxation this Christmas but there’s always next year, right?

Spent some warm winter days out in a field, grazing both Maeby and Ryon.  I’ll definitely be blogging more about her training later but right now we’re just working on her getting comfortable around me and the barn.  Mae feels much more secure having a horse buddy around, even if the only attention Ryon gives her is to warn her off from eating his grass.