Yep - it's here.  The best week of 2011.  Last year, the big attraction was Air Jaws filmed in HD, where Chris Fallows filmed great white sharks launching themselves out of the water to catch seals.  I'm greatly looking forward to what this year brings.  One of my biggest (and most ridiculous) fears is being bitten by a shark while swimming.  I know, it's pretty irrational considering how often I swim in the ocean.  Do you ever get that creepy feeling down your spine when you're treading water in the ocean in murky water where you can't see beneath the surface?  All of that being said, I do like watching these sharks in their natural habitat and would definitely consider cage diving with sharks if I ever got the chance.

Discovery Channel does a really great job of marketing the heck out of Shark Week, including decking out its headquarters buliding in Maryland with a gigantic shark (via Fubiz). 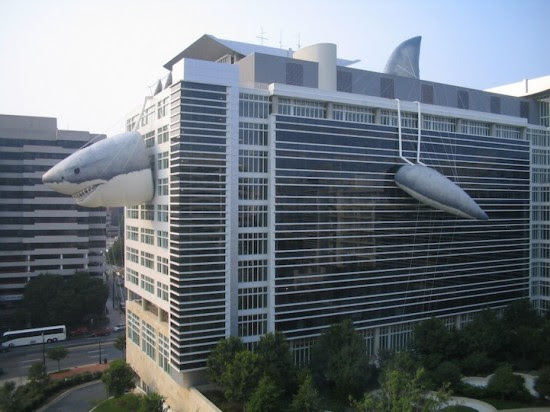 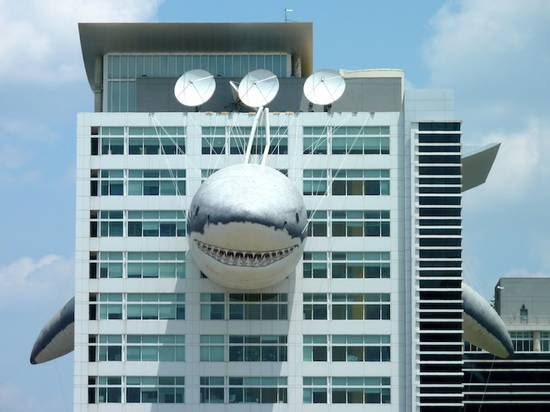