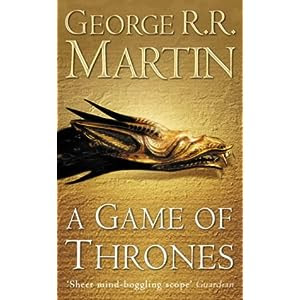 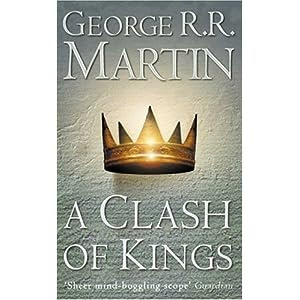 I had heard of A Game of Thrones because of the HBO tv series (starring Boromir from LOTR) but hadn't known it was a set of novels.  The Song of Ice and Fire series by George R. R. Martin has been receiving a good amount of publicity as the latest novel in the series was just released a few weeks ago, the first in six years or something like that.  I started A Game of Thrones not knowing the premise - it is a Tolkien type fantasy genre but more like Guy Gavriel Kay in my opinion.  The story follows the nation of Westeros and, mainly, the Stark family: Catelyn, Robb, Sansa, Arya, Bran, Rickon and Jon.  The book is set up with each chapter being told by a different character in the novel.  After reading the first novel, I bought the set of four and haven't stopped reading since.  I finished A Clash of Kings last week and am currently working on the third one.  It has been difficult to pull me away from these novels and the fact that each one of these is 1,000 pages has made me poor company the last few weeks as I've been working on each of them.  I'm already dreading the day when I finish the series and have to wait six years for the next novel to be released but until then, I'll be enjoying the entertainment these books provide and the great and classic storytelling of Mr. Martin.
Any of you all who have read these books, who is your favourite character and why?
Labels: Books