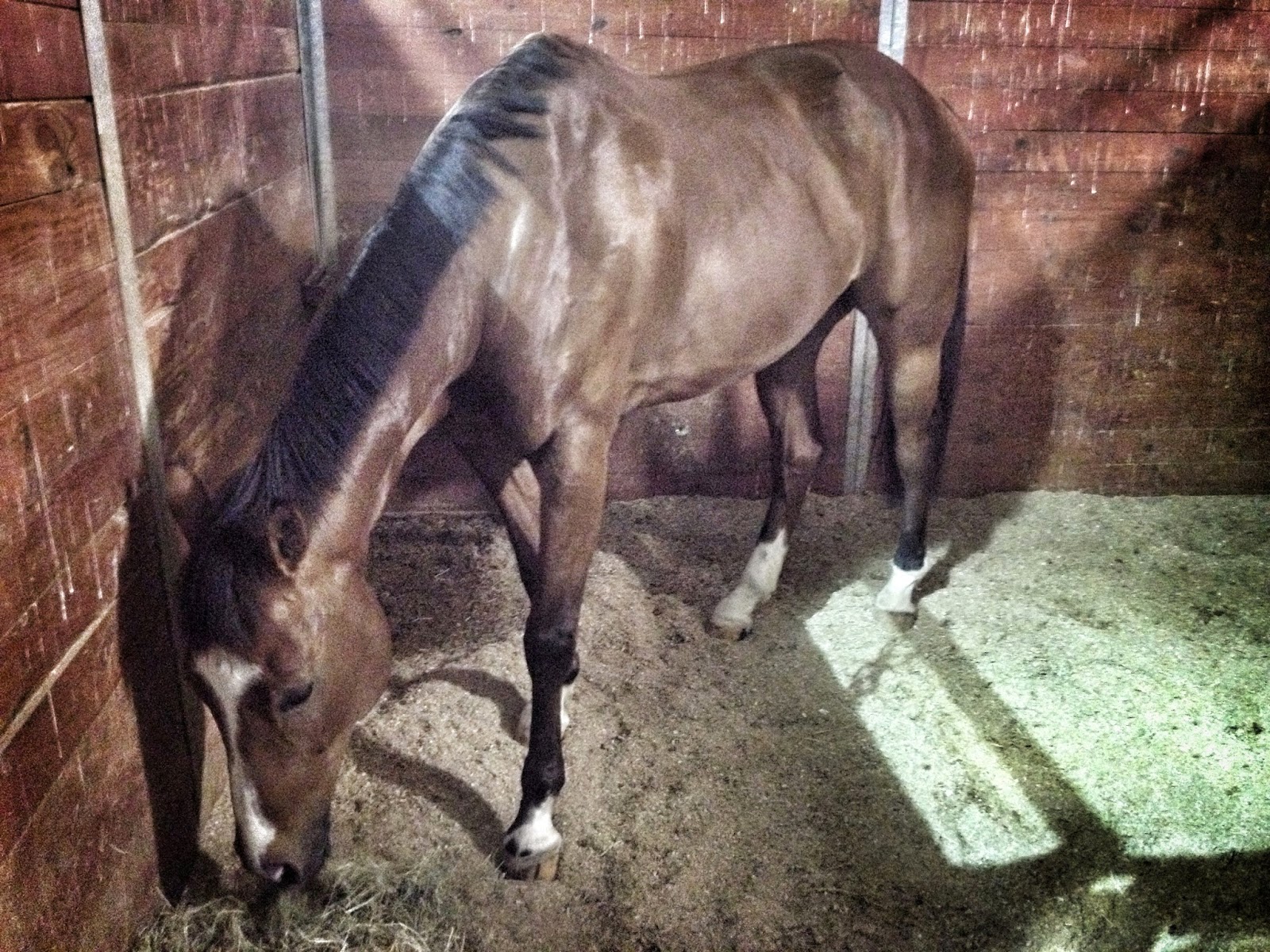 The big stinker got out last night (my fault for not putting the chain on his stall door) and escaped... only to be found hanging out in an empty stall the next aisle over.  Guess it was too much effort to try and make a run for it, huh Ryon?  I can't believe that I've only had him for two months now; I don't remember what it was like without him.

As you can see from the pic I snapped of him tonight, he's lost a lot of fat, put on a lot of muscle, and shed his fluffy winter coat.  He gets a "oh my goodness, he's so CUTE" compliment every single day now and everyone comments on what a personality he has.  Ryon's slowly figuring things out in the arena - guiding himself over jumps, not being spooked by flowers/rakes/chairs/birds, and how to support his body through different gaits.  It's a pleasure working with him because I can watch him try and figure things out on his own and when he gets it, he really gets it.  We have him doing two-a-days twice a week and he still has boundless amounts of energy and is such a hard worker.

Ryon's also turned into quite the little diva.  He now turns his nose up at Swedish fish; he'll eat them if they're the second to last thing in his stall (the last thing that he'll eat is his apple-flavoured antibiotic medication).  He also gets fancy new shoes every other month that rival the cost of shoes that I keep and wear for years.  He tried to bite a little pony the other week when I took it out for a hack because he was jealous of the attention.  Without a doubt, I was pissed after I saw that.  No horse of mine is going to be a biter, nosiree.

He's also quite a teacher.  He's taught me to be present in the moment and to push everything aside and focus on the here and now.  With him, I have to be firm, consistent, and stern without being harsh, impatient, or mean.  I've had to think ahead, to outsmart him, and to also figure out what works for him as far as positive reinforcement and discipline.  But not forget to lavish praise over and over again.  And this is only at two months.  Think of where we'll be, Ryon Buddy, in four.